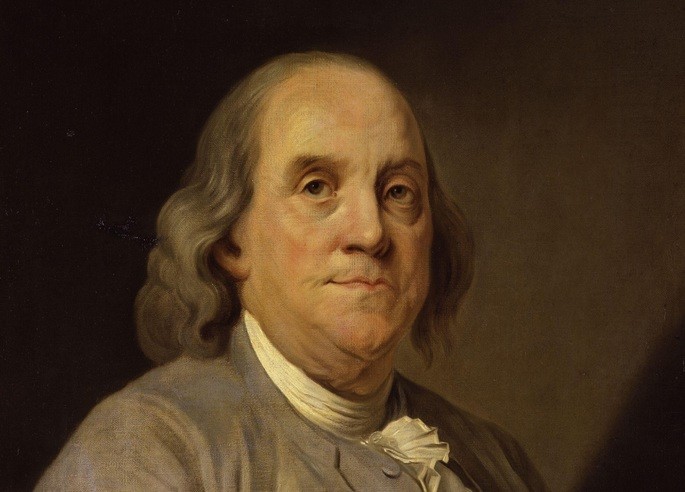 A little bit about Benjamin Franklin

Benjamin Franklin was born on Milk Street, Boston. Her father, Josiah Franklin, was a wax candle merchant, and married twice. Benjamin was the 17 children born from both marriages. He began to publish the famous Almanac of Poor Ricardo (Poor Richard’s Almanac), on which a good part of his popularity in the USA is based. Sayings from this almanac, such as “a penny saved is a penny earned”, have become known around the world. Franklin stopped writing for the almanac, he printed  Father Abraham’s sermon, now considered the most famous text in literature produced in   America in colonial times. However, Franklin was increasingly concerned with public affairs; he founded the University of Pennsylvania and the American philosophical society, in order to foster the communication of discoveries among men of science

About discovery of electricity:

Beginning his research on statics, Benjamin Franklin started several scientific experiments to prove his theories about electricity, such as the one that suggested that it and the rays would have the same nature. After selling goods and businesses, he had more time and resources for his research, which earned him an international reputation.   His most famous study after the discovery of energy was when he discovered positive and negative charges in rays and how these phenomena had their electrical origin.

The dangerous experience proved to the scientific community at the time that the lightning bolt is an electric current of great proportions. Later, Franklin further demonstrated that iron rods connected to the earth and positioned on or next to buildings would serve as conductors of lightning strikes. The lightning rod was invented. Benjamin Franklin propagated his ideas through a letter, suggesting the widespread installation of these lightning protection posts.Today, a lightning rod consists of metal rods and cables, placed at the highest point of the place to be protected. These cables, which connect the top of a building to the ground, receive lightning strikes, directing them to the earth. The other end of the conductive wire is connected to a metal bar buried in the ground, which receives electrical current.